This is a 'Collector's Item' project. Since I have such a love for Disney and Disney*Pixar, I decided to create a limited edition box set based off of my three favorite Pixar films.

The official name of this project is "Disney*Pixar DVD Set: The Illustrative Edition'. It is a trio movie DVD set represented in a new artistic form. The three films represented are: Finding Nemo, UP, and Wall-e.

The components include three DVDs, three sketchbooks acting as the DVD cases, a pencil case with tools used by the concept artists of these wonderful films, and magnets with iconic characters.

The best part of the set is the DVD cases. The typography, logo, and the cover character are all hand drawn onto the product itself. Once you open the sketchbook, each page is filled with 'original' concept art from the films. Once you reach the DVD, the rest of the sketchbook pages are empty. This was meant for the consumer and Disney lover to create their own drawings and draw their favorite moments from the films themselves.

This project really involves the Disney lovers! With this, they each got a keepsake from the film. They can jump into the concept experience themselves and feel like they contribute to the film!

Like I said, this project was INCREDIBLY fun and inspiring! The fact that I got to draw all day long and have an excuse to re-watch my favorite movie, is all a student could ever asked for ;) 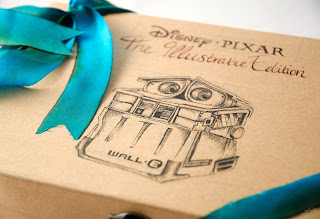 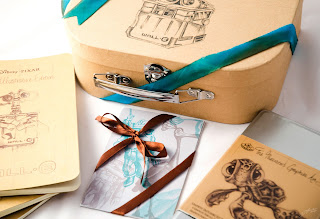 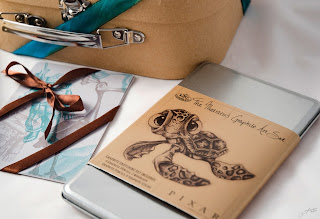 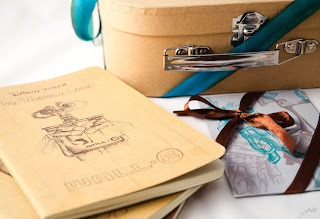 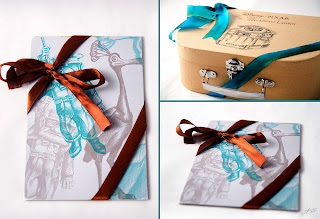 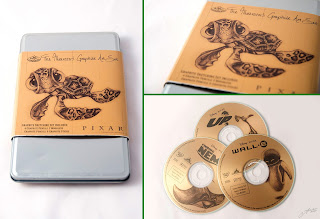 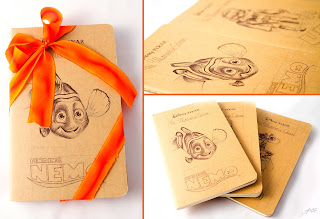 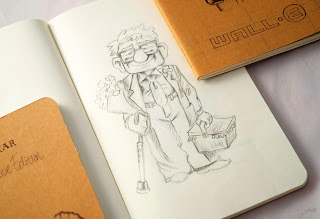 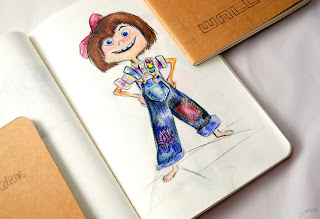